The Cost of Caring 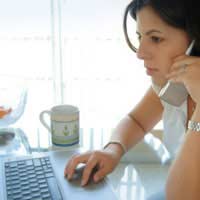 There have always been people who stay at home to look after a loved one who is either no longer able to live independently, or who was born with a disability. However, it is only in recent years that the cost of caring has become a political issue that is being openly discussed. Research carried out by the charity Carers UK estimates that without the 6 million carers in the nation, the costs to the NHS would more than double with the value of unpaid carers being put at £87 billion each year. This figure is more than 50% higher than it was in 2002.

Why is the Cost Increasing?

As in other western countries, Britain has an aging population. Today, there are around 410,700 residents in the UK who are aged over 90 which is an increase of more than 20% since 2002. Forty years ago, the population had less than 300 centenarians – this increased to more than 6,000 by 2004. A modern 65 year old man can expect to live until he is nearly 82 and a 65 year old woman until she is 84. Babies born today can expect to live until they are 76 if male and 81 if female.

However, although people may be living longer, they are not necessarily living independently; many older people suffer from ill health and need a lot of care.

Residential care is expensive and it has been the government’s policy for some time to help elderly people remain in the community. But there is not always the necessary back up from social services to help these people continue to live on their own. Instead, it is family and close friends who take on the responsibility. Often, it starts out with doing the odd bit of shopping, DIY or trip to a hospital appointment. But over time, the demands increase and the family member or friend has become a carer - often to the detriment of their own lives and income.

Who Are the Carers?

The burden of caring is usually left to women. This may be because they are thought to be nature’s nurturers or because, despite legislation, women still earn less than men do in the workplace. Also, many women work part-time and as a result, if a family loses her income, it can cope with the financial loss more easily than if it were a man’s.

However, with a growing number of women undertaking caring roles and giving up paid employment, the loss of revenue in tax and national insurance contributions is significant. In addition, many of these women are eligible to claim the Carer’s Allowance. As a result, instead of being net contributors into the public purse, they become takers.

This is not a choice that many carers take lightly; the Carer’s Allowance at £48.65 a week is no substitute for a wage and many carers slip into a life of poverty. In addition, the loss of independent employment is not just a financial one; when someone gives up their job, they are also losing the social contact and status that it has afforded them.

What Will Happen in Future?

The government recognises the cost of caring to our society and that many carers would like to continue to work. It is keen to support them by putting together its New Deal for Carers and has set up a Standing Commission to explore ways of helping carers have a life beyond caring.

Travel, Holidays and Insurance for Carers

Qualifying For and Obtaining Pension Credit

What is a Living Will?